Preserving foods is an interest of mine for my historical characters. Today's tidbit is about pickling beef. Today's Corned beef is considered a pickling process but commonly called brining.

BEEF, PICKLED. Prep. Rub each piece of beef very lightly with salt; let them lie singly on a tray or board for 24 hours, then wipe them very dry. Pack them closely in a tub, taking care that it is perfectly sweet and clean. Have the pickle ready, made thus: Boil four gallons of soft water with ten pounds of coarse salt, four ounces of saltpetre, and two pounds of coarse brown sugar; let it boil 15 minutes, and skim it while boiling very clean. When perfectly cold pour it on the beef, laying a weight on the top to keep the meat under the pickle. This quantity is sufficient for 100 lbs. of beef if closely packed.
Source: A Cyclopaedia of Six thousand Practical Receipts ©1851

PICKLING BEEF—Rub a quarter of a pound of saltpetre and a little brown sugar on the beef; the following day season it with half a pound of bay salt, one ounce of black pepper, one ounce of allspice. Let the beef lie in pickle fourteen days, turning it every day, adding a little common salt three times per week ; then wash it, and put it into a glazed earthen pipkin, deep enough to cover it. Lay beef suet under it; add one pint of water, cover the top with paste and then paper, or with a plate instead of paste. Bake seven hours in an oven; pour off the liquor, but do not cut till cold. Will keep three months.
The Godey's Lady's Book Receipts and Household Hints ©1870

Here's an interesting tidbit regarding the marketing of pickled beef
5. In pickled beef. For this purpose alum salt is absolutely indispensable. Beef could not be pickled without it; and, therefore, to find a market, the beef cattle were driven off upon the hoof. Mr. B. pronounced it to be a losing business, a most disadvantageous traffic, to any country to drive away its beef cattle to be sold on the hoof. The immediate loss in that operation was nearly one-half the value of the beef, and the whole loss of the hide, tallow, and offal; the consequential loss was, in the purchase of leather and manufactures of leather, and the purchase of soap and candles, and also in the loss of leather, soap, and candles for exportation. Pickled beef in New Orleans was usually from eight to twelve dollars a barrel, which was from four to six cents a pound. The farmers of the West usually sell their cattle at from 1£ to 2j cents per pound; thus suffering a loss of nearly one-half] on the beef; the hide and tallow, which is worth as much as the beef sells for at such rates, being thrown into the bargain, and given away. The disastrous effect of this suicidal business was seen in every town in the West, where foreign hides from South America, foreign leather, boots, shoes, and saddlery, and foreign soap and candles, from Europe and the Atlantic States, were daily exhibited
for sale.
Source: Register of Debates in Congress ©1831 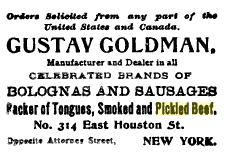 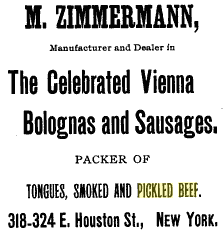