Horses and Horse racing were a huge part of the 19th Century people. Below is a description of American Eclipse. Initially I thought to just give you a couple of tidbits about a few of the American horses during the 19th Century but after reading the history of these horses I thought some of you might glean some interesting ideas to flavor your historical novels with. 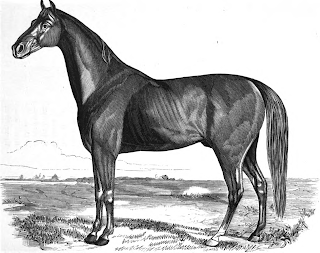